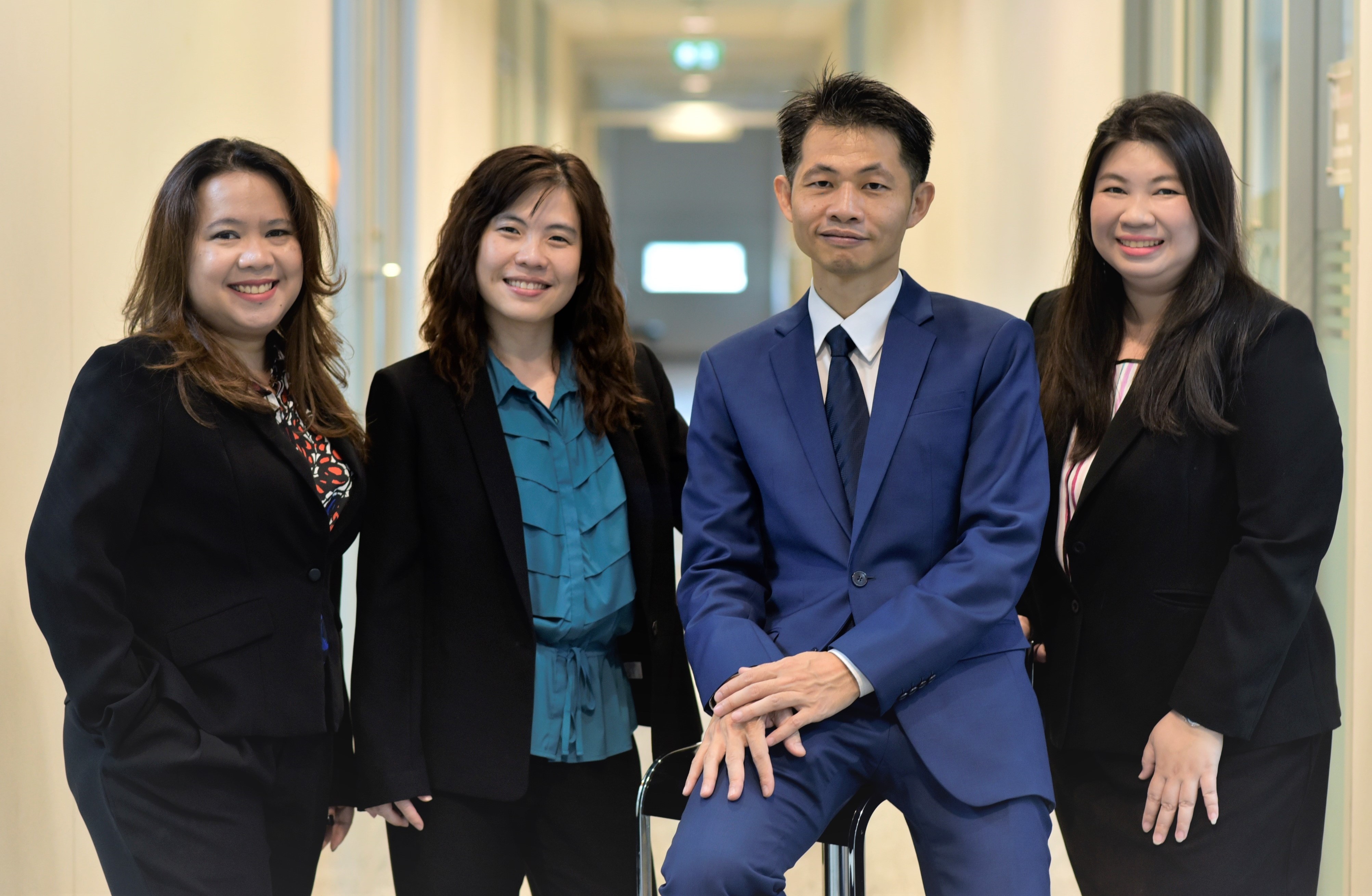 Since 2007, he has been with The Sirindhorn International Thai-German Graduate School of Engineering (TGGS), King’s Mongkut University of Technology North Bangkok as a lecturer/researcher. His research activities are in the area of power electronics, electrical drives, battery and electric vehicles. Between January 2017 and October 2018, he headed the Department of Electrical and Software Systems Engineering. Dr. Nisai Fuengwarodsakul has been Dean of The Sirindhorn International Thai-German Graduate School of Engineering since Nov 2018. His area of responsibility covers the management of all academic and research functions of TGGS, including strategy, finance, personnel and communication.

Born in Quezon City, The Philippines in 1974, Dr. Tawiwan Kangsadan got a scholarship from Ministry of Science and Technology in 1992 to study in the U.S.A. She received her Bachelor of Science Degree in Chemical Engineering in 1996 from University of Missouri-Rolla (presently known as Missouri University of Science and Technology). Then, she continued her graduate studies in Colorado School of Mines and received her Master of Science Degree in Chemical Engineering and Petroleum Refinery in 2000 and Doctor of Philosophy in Metallurgical and Materials Engineering (with the focused on Physico-Chemical Processing) in 2004. She returned to Thailand in 2004 and started her career at Faculty of Engineering, King’s Mongkut University of Technology North Bangkok (KMUTNB). Later on, she joined The Sirindhorn International Thai-German Graduate School of Engineering (TGGS), KMUTNB in 2006.

Her research activities are in the areas of 1st and 2nd biofuel production using novel techniques – high electrical field pulse, low and high frequency (ultrasonication, microwave and radio frequency) including applying the same novel technologies for the extraction and separation processes in the biodiesel production and other application related to the oil emulsion systems and application of non-thermal processing (high electrical field pulse) for food processes. In order to scale-up the process from the laboratory to pilot scales, the transport phenomena as well as the molecular behavior must be well investigated using the Computer Fluid Dynamics Simulation and Molecular Dynamics and/or Discrete Element Method Simulation.

She has been Associate Dean for Academic Affairs and Quality Management of TGGS since November 2018. Prior this term, she was Associate Dean for Academic Affairs from August 2013 to November 2018. Her responsibilities are the management of all academic, international, student affairs of TGGS including the quality assurance and accreditation of academic programs as well as the quality management of TGGS organization.

Born in Bangkok, Thailand in 1986, Dr. Ampol received a scholarship to study at Technische Universität München (TUM) in Germany from 2004 to 2012. He graduated and received an only-in-Germany academic title Dipl.-Ing. Univ. in Mechanical Engineering for completion of main studies in (i) Sustainable Energy Systems and (ii) Flight Propulsion and Turbomachinery specializing in fields of Renewable Energy Engineering, Thermal Power Plants, Turbomachinery, and Environmental Engineering. He then returned and started working at TGGS as research assistant.

In 2016, he received a scholarship for PhD program to study at University of California, Los Angeles (UCLA) in USA. He graduated in 2020 with major in Heat and Mass Transfer and minor in Microelectromechanical Systems (MEMS). His main research focused on calorimetric measurements in supercapacitors and batteries. He then returned and joined Mechanical Engineering Simulation and Design group leading Thermal Science and Engineering Lab at TGGS.

Dr. Ampol is also fluent in English, German, and Spanish, therefore, he was appointed to be the contact person of TGGS in communicating with our closest partner, RWTH Aachen University. He was recently appointed Assistant Dean for Special Affairs taking care of student activities, public relations (PR) of TGGS and more.

Born in Bangkok, Thailand in 1980, Dr. Sarinrat Sabua received her Bachelor Degree in Business Administration, Major: Finance in 2002 from The University of The Thai Chamber of Commerce. Then, she finished an English language study and excited at the Advanced Level from Monash University (ELC Center), Melbourne, Australia. She returned to Thailand in 2004 and started her career at Dcon Products Public Company Limited as an Assistance Financial Manager. In 2006, she received her Master Degree in Applied Arts, Major English for International Communication (English Program) from King Mongkut’s University of Technology North Bangkok. She received her Doctoral Degree in Technical Education Technology in 2018 from King Mongkut’s University of Technology North Bangkok.

Since 2008, she has been with The Sirindhorn International Thai-German Graduate School of Engineering (TGGS), King’s Mongkut University of Technology North Bangkok as an Administration Officer in Electrical Software System Engineering. She has been Head of the Office Dean since Nov 2018. Her responsibility covers the management of all administration staff.